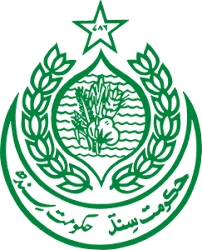 HYDERABAD: The Vice-Chancellor of University of Sindh, Prof. Dr. Muhammad Siddique Kalhoro handed over a check for Rs. 25,800 to a student named Khan Muhammad Samejo who had requested the government of Sindh to grant him financial aid total so that he can complete his higher education at university.

According to a university spokesperson, the check was sent by Secretary of Sindh Endowment Fund, Faqeer Muhammad Lakho, after receiving instructions from Sindh Minister of Education, Syed Sardar Ali Shah, who became aware after reading the students’ post that went viral on social media. .

Khan Muhammad Samejo, a second-year student from Umer Kot and a student at Dr MA Qazi Institute of Chemistry, University of Sindh, while sharing a message on social media appealed to the provincial government for financial support to pursue higher education at the University.

After the social media post, Sindh Education Minister Syed Sardar Ali Shah announced that he would meet all the young man’s education expenses through a provincial endowment fund. After that, the concerned secretary Faqeer Muhammad Lakho contacted the university management and sent a check for the young student.

The Director of Student Financial Aid Office (SFAO) at University of Sindh, Prof. Dr. Mushtaque Ali Jariko and the student called the Vice Chancellor to his office on Friday, where Dr. Kalhoro handed over the said check to the student.
The Vice Chancellor said the provincial government should continue to provide financial support to these poor students so that there are no obstacles in their way to higher education.

He said the amount was not high but the young man could solve his problems, adding that the secretary should raise the sum and pay all the education expenses of Khan Muhammad Samejo. He said he immediately got him into the hostel and provided him with help after he got reports of his suffering on social media, but he said the cost for the student might be organized by the Sindh Endowment Fund.

On the occasion, Dr. Mushtaque Ali Jariko said that the Provincial Minister of Education and Secretariat Endowment Fund should continue to support the young student as he truly deserved it.

Student Khan Muhammad Samejo said that Minister of Education Syed Sardar Ali Shah announced that he will cover all my study expenses, therefore he asked him to pay the full cost of his university. He expressed his gratitude to the Vice Chancellor and said that due to his free accommodation in the hostel, he had benefited a lot.