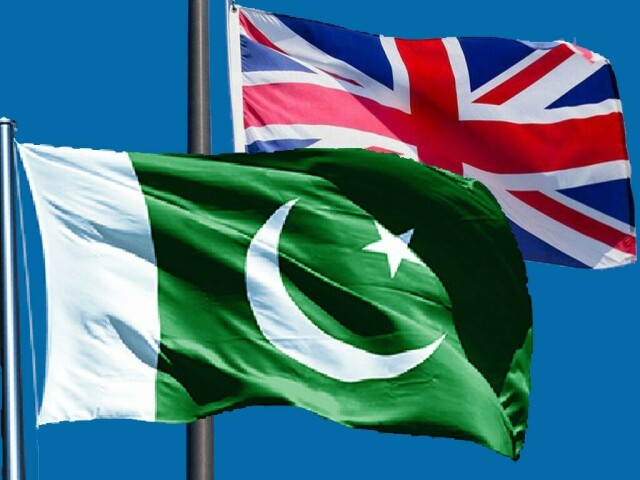 The British government on Friday increased the amount of flood aid from £10 million to £26.5 million aimed at meeting the vital needs of those affected by the disaster, including shelter, water and l sanitation.

“The UK is providing additional humanitarian aid to Pakistan following the devastating floods which have killed more than a thousand people and affected more than 33 million,” the UK government said in a statement. “As part of a visit to the country, UK Minister of State for South Asia, FCDO, Lord Tariq Ahmad of Wimbledon, announces an additional £10 million in humanitarian aid, bringing the total contribution from the British government to £26.5 million.

According to the statement, the additional funding will be spent on urgent life-saving needs such as providing shelter, water and sanitation to prevent water-borne diseases. It will focus on supporting those still displaced and those returning to their land, helping to restore communal water supplies.

During his visit to Pakistan, Lord Ahmad will meet with the Prime Minister, Foreign Minister and other government counterparts to discuss the impact of the floods, visit the worst affected areas and hold talks with key development agencies. UK-funded aid on the ground in Sindh.

Quoting Lord Ahmad, the statement said the UK will continue to help the people of Pakistan recover from the recent devastating floods.

“Our support will help fight the spread of water-borne diseases and improve access to clean water, sanitation, medical care and shelter across the country,” Lord Ahmed said. “We are working night and day with Pakistan and our international partners to ensure British aid reaches the hardest hit areas.”

The UK’s new developing country trading system will help expand trade by giving duty-free access to 94% of goods exported from Pakistan to the UK, he said.

In addition to the UK’s £26.5million donation in humanitarian funding, a UK Royal Air Force flight recently delivered 8 boats and 10 portable generators to be used in flood relief operations, says the communicated.

The Minister will also use the visit to stress the need for strong international support for Ukraine following Russia’s illegal annexation of sovereign territory, and to reaffirm the strong people-to-people ties between the UK and Pakistan in the context of the 75th anniversary of Pakistan. independence.

“The disaster also damaged 12,716 km of roads and 22,000 schools. A total of 745 health centers have been damaged or destroyed,” he said. “£21.5m is going to relief efforts in the areas worst affected by the floods. The remaining £5million will go directly to the Pakistan Floods Appeal Disaster Emergency Committee (DEC), after the UK government funded pound-for-pound the first £5million of DEC donations from the British public .

He also added that British Airways and Virgin Atlantic offer free relief shipments, in their cargo, of any aid goods sent from the UK to Pakistan.

The DEC’s appeal was notably backed by the England men’s cricket team, who toured Pakistan for the T20s last month, with the team making a personal donation which was later matched by the England Cricket Board .

The UK has pledged over £55m to partner with Pakistan to tackle climate change, manage water more sustainably and unlock climate investment in November 2021 at the COP26 conference in Glasgow.