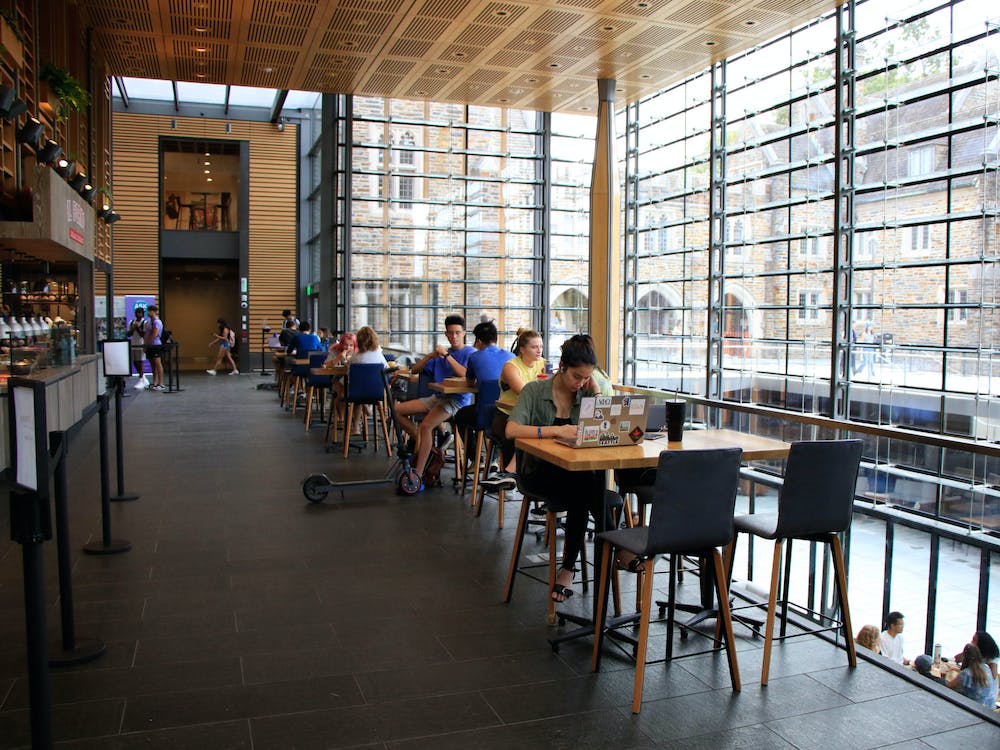 All undergraduate students receiving a Duke scholarship through the Karsh Office of Undergraduate Financial Support received an additional 300 food points for the fall semester on Wednesday, according to a message sent to eligible students in DukeHub.

Students don’t have to do anything to access these points, as they are automatically added to the food points balance. Students living off-campus will also receive the extra points automatically. The additional stipend cannot be refunded in cash for eligible students.

Karsh’s office defines provide assistance in the form of “money you don’t have to pay back,” including Duke Institutional Grants, Federal or State Grants, and scholarships or grants from outside sources. All of the University’s institutional grants are need-based.

The message stated that some students may not be able to access their bonus points immediately and may have to wait a few days. If students do not see the dots by October 24, they are asked to contact Karsh’s office.

Miranda McCall, associate vice-provost and office manager at Karsh, wrote in an email to The Chronicle that the additional stipend was made “in response to student concerns about increased dining costs resulting from the inflation and the country’s supply chain challenges”.

The 600 food point figure was determined by calculating the difference between planned and current dining costs, according to McCall.

Sophomore Jax Nalley, Vice President of Academic Affairs for the Duke Student Government, serves on Karsh’s Student Advisory Council. He said the advisory board has been advocating for Karsh’s office to take action on the issue of “food point fairness” since the start of the year.

“A month into school, we were starting to get feedback that students were struggling to feed themselves if they were on plan A, for example. Or if they just didn’t anticipate the inflation that happened in the beginning,” Nalley said.

Every eligible student, regardless of their current diet, will receive the same addition because Karsh’s office wanted to maintain a “focus on equity,” according to Nalley.

“It was important to provide a one-stop college solution that didn’t require students to complete additional work,” Nalley said.

He noted that the impression he got from conversations with Karsh’s office was that this addition would be a “one-size-fits-all solution.”

McCall wrote that the total cost to Duke of the additional food point allocation is yet to be determined and will be totaled at the end of the fiscal year.

Get The Chronicle straight to your inbox

Anisha Reddy is a Trinity junior and editor of the 118th volume of The Chronicle.