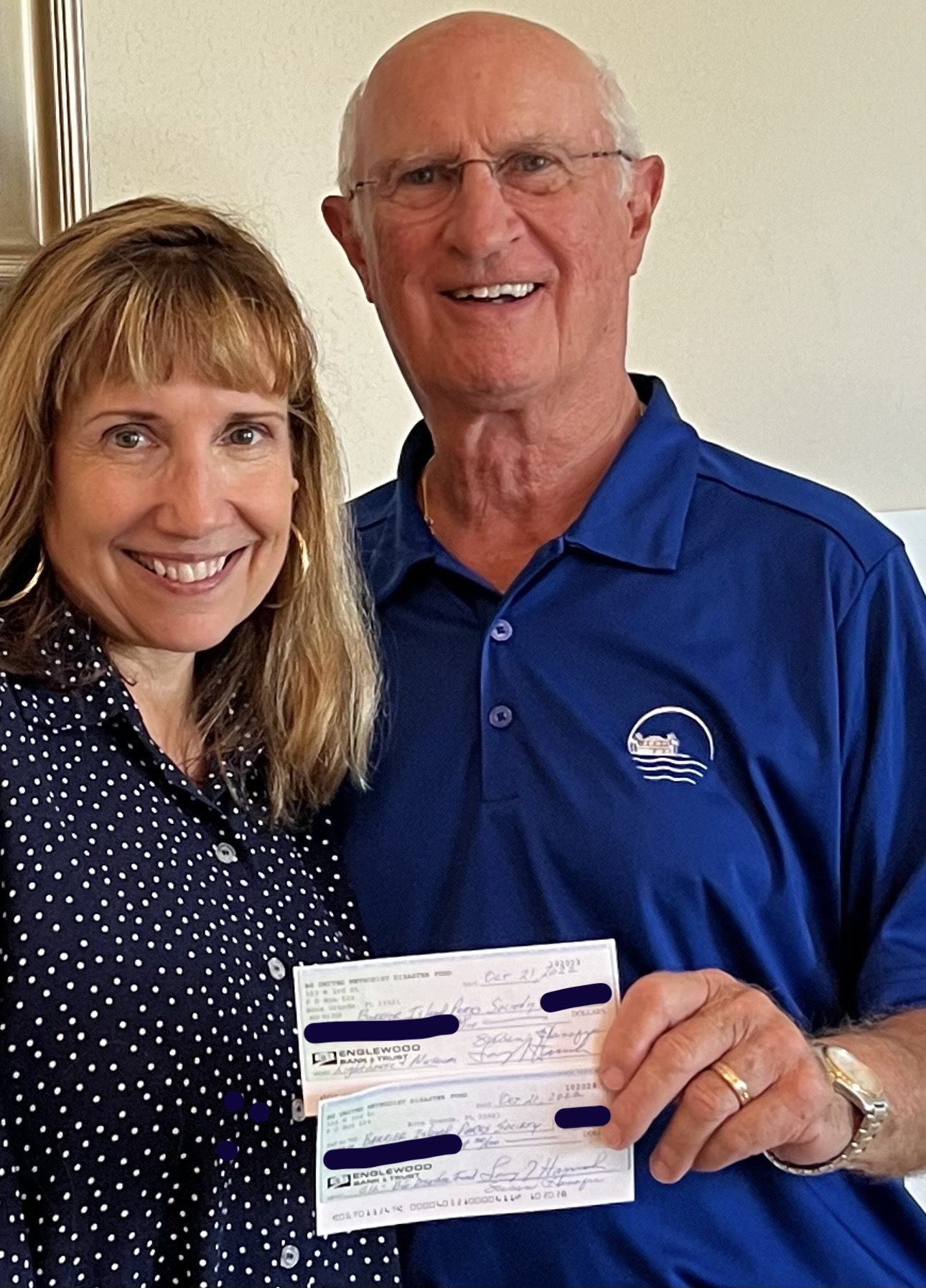 The Boca Grande Disaster Relief Fund has distributed its first 23 checks to help Boca Grande businesses and organizations recover from Hurricane Ian. The amount of grants is not public information, but the results will be substantial, noted Larry Hannah, one of the Fund’s management committee members.

“I got lots of hugs and kisses,” Hannah beamed, remembering the reaction of those who were among the first recipients. There were also tears: tears of sadness and happiness; tears of gratitude and hope.

“It is very gratifying for us to be able to provide these funds,” he added. The Disaster Relief Fund is administered by the Lighthouse United Methodist Church, under a provision of the Federal Internal Revenue Service, allowing an established charitable institution to establish and administer disaster relief funds.

The Fund is overseen by a committee of four people – Larry Hannah, Mary O’Bannon, Sharon Cross and Stephanie Newman. They quickly developed an application process and began handing out grants aimed at keeping Boca Grande businesses operating, supporting salaries, and helping community organizations to continue to serve the people.

Hannah said the common theme among those receiving funds was that they would be able to have cash when the Gasparilla Inn and Club opens. This was a tremendous relief for many businesses, as the opening of The Inn signals that the region’s season has begun. The hostel has announced that it should be open by mid-December.

Without the Fund’s help, many businesses assumed they would have to shut down completely. While they could have eventually reopened, if they miss the season, their efforts could be wasted. This is no longer a concern. Hannah is confident that Island businesses will be ready.

“Some may need a second check,” Hannah said. “But we will be there to help them for as long as needed.”

He said the money continues to be given to the Fund.

Once the Fund was established and people knew how they could help, there was no longer any need to solicit money – it was given freely and generously.

One of these is the First Baptist Church, which now defies the “doomed” symbol on the side of the building.

First Baptist pastor Gary Beatty said he was glad he never knew what the symbol meant, otherwise he might never have moved so quickly to clean up the debris from the storm and begin the process of reconstruction. He said the Fund check means a lot in the church’s recovery efforts.

Beatty said he has yet to hear from the insurance company about how much will be covered, but money from the Disaster Relief Fund will help him with his $20,000 deductible.

“We’ve done the prep work and it’s time to start rebuilding,” Beatty said. “I try in every way to express my gratitude for the help we receive. Words are cheap and easy, but I try to express my heart…my deep gratitude to the community.”

Larry Hannah said more checks will be given to Fund applicants next week.

And the story of Boca Grande’s recovery continues.